There are many ways to purchase books by Lois Szymanski. Please consider ordering from a local, independent book store.
Here are links to a few favorites.  They all support online orders! 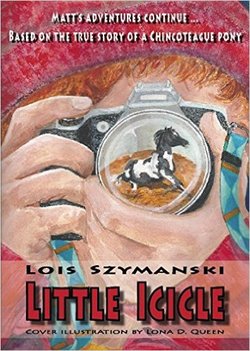 ​When Matt and Holly discover a pony frozen in a watering hole on Assateague Island Holly races for help while Matt stays with the pony.Two Chincoteague Island firemen decide to haul the pony away from the water hole. When they discover the pony they thought was dead is actually alive, the race is on to save her life. 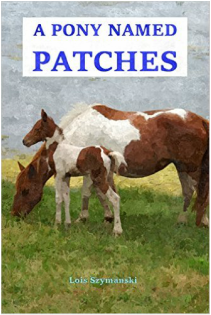 A PONY NAMED PATCHES
When Matt's father dies his life is turned upside down. While his mom sorts things out Matt is sent to Chincoteague Island to stay with his aunt and uncle. There he meets a new friend and starts a new business, but the thing that keeps him going is following a special Chincoteague Pony foal. Ever since he saw the colt born during his first week on the island, he has been smitten. He follows the spindly-legged pinto, earns his trust, and even helps the colt get out of trouble. But now it is Pony Penning. Thousands have come to the island to see the wild ponies swim across the bay and to bid on these young foals. When auction day comes what will happen to Matt's beloved Patches? 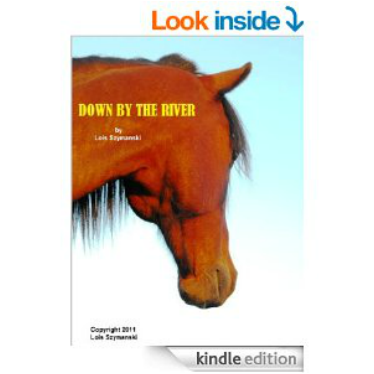 Kara works at her family's country store to pay for the upkeep of her horse, Punky. Now, because there have been three break-ins at the store, her parents are talking about selling the farm and moving to town.

On a trail ride down by the river, Kara hears two strange men talking. She is convinced they know something. Then there's Rusty, her best friend Amy's mentally handicapped brother. He knows something... but what? Kara is determined to find out. If she saves the store she will save her horse. But her determination puts her best friend, her brother, and Rusty in danger. 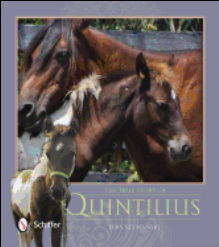 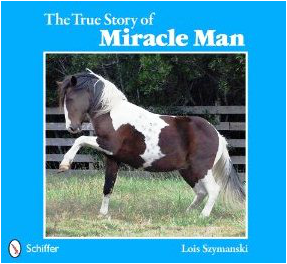 Visitors to the Chincoteague Wildlife Refuge often stop to admire the majestic and powerful Chincoteague Pony stallion known as Miracle Man. But this island favorite wasn't always a dominant herd sire. Here s the story of the orphaned foal found near death on Assateague Island, and Cynthia, the little girl whose faith and dedication helped him survive after her father rescues him from Black Duck Marsh. Cynthia's determination to save the tiny pinto colt begins the moment he is brought to their island farm. She spends every day in the barn, giving him his medicines, bathing his injuries, and wrapping his leg. She takes him on long walks along the bay and ruffles his spiky mane, and each time there is a setback Cynthia aches for the foal. But, no matter what they do, the colt s leg will not heal. Finally, the vet suggests they throw away all the medicine and let nature take its course. Cynthia is afraid. How will the little colt survive?
​Soft cover.  For All ages.  3rd grade reading Level
​ 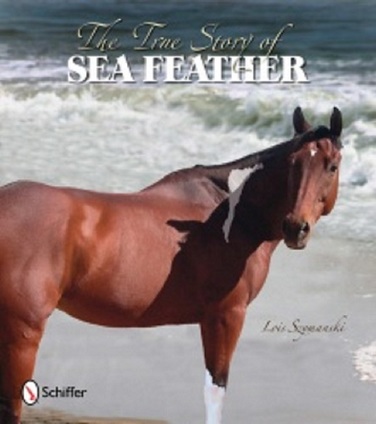 Based on the true story of how author Lois Szymanski's children ended up taking home a wild pony foal.
A family travels to Chincoteague Island, Virginia, to see the annual wild pony penning auction. One daughter, Shannon, has saved her money and hopes to buy a pony. Miraculous events transpire and Shannon learns that in life, you get what you give.
Soft cover.  For All ages.  3rd grade reading Level
​ 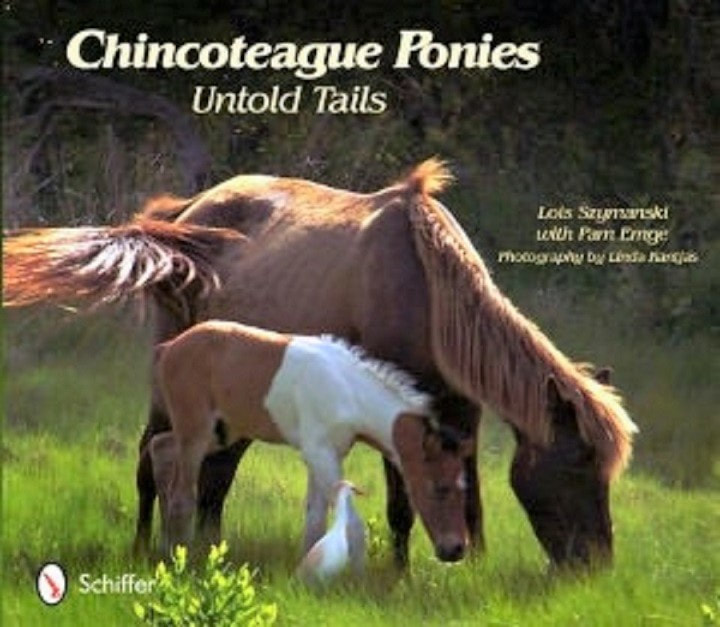 CHINCOTEAGUE PONIES: UNTOLD TAILS    softcover/ full photography/ all ages
May 2012 - With researcher, Pam Emge and photographer/ illustrator, Linda Kantjas
Step into the world of  Chincoteague ponies. Through all the seasons, their stories are told in amusing detail with more than 200 color images. Find out how an orphan foal became a herd sire. Share the love story of a Maryland stallion with the Virginia mare. Whether portrayed in a painting or a photograph, the beauty of these animals will captivate you. Learn about their history and living conditions and how they share their wetland environment with an array of wildlife. Find out the names of the herd members and see for yourself what it takes to survive on a wild island. This is the perfect gift for any horse lover and a great resource for animal and wildlife historians.
ISBN-10: 0764340859         ISBN-13: 978-0764340857 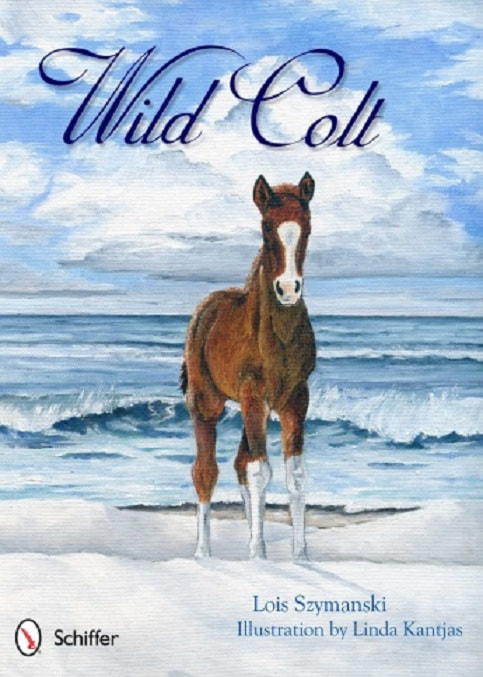 During a chat with ghost friend Corporal Jared Scott, Casey brings up an idea that Philip, Zach, and Chucky think is ridiculous: women fighting in the Civil War! But Jared tells them he knows just such a woman, and now Casey wants to meet her.

Casey gets her wish, but afterwards she feels led to help Althea get the answers she needs to rest in peace. Casey's quest for those answers takes her to books and through email to an historical society. What she finds not only helps Althea, it teaches Casey what the boys have already learned.  The road to the past always begins in the present.

Aunt Penny is moving into an old house in Gettysburg, Pennsylvania. Philip and Zach, along with their friend Chucky, help Aunt Penny move in. Elbow grease can clear the house of dust and the yard of weeds, but it will take some investigating and ghostly help to clear the root cellar of its frightening secret.

A ghost mystery on the Eastern Shore - When Will's grandfather dies, his old houseboat comes to the family marina on Kent Narrows, Maryland. Dad is angry at the condition of the boat and the fact that his father has squandered away his jewel collection but Will finds more than memories onboard the houseboat. What he uncovers is surprising proof of the depth of Grandfathers secret. 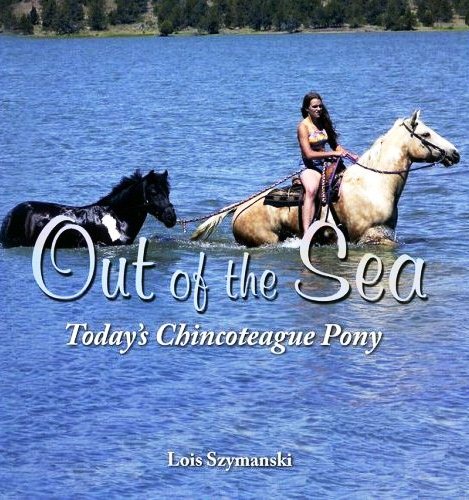 This nonfiction book shares the history of Chincoteague Ponies, the story of their care and the development of the breed into the registered pony of today. Personal tales from Chincoteague Pony owners from across the nation, interesting pony facts and a glossary round out this photo illustrated nonfiction book, a match for any pony lover.

"Courage Pockets" is used in hospitals across the country to help children deal with traumatic injuries. In the story, Duffy the lion faces the challenge of recovering from an injury.  Through Duffy, children have the opportunity to identify and communicate  their own feelings, offering valuable opportunities for children and caregivers to identify and validate feelings, concerns and coping strategies, expand self-awareness, and encourage sharing and discussion.  Children may also enjoy the book as it is, without analyzing.  Your purchase helps an injured child get a book of their own.

Paperback:  Fiction for ages 8 to 12     ISBN-10: 157249266X     ISBN-13: 978-1572492660
When Philip, Chucky and Zach decide to plant a garden on the family's Gettysburg campground they dig up more than they expected. An Civil War ID tag brings out the ghost of Corporal Jared Scott and the boys are thrust into an adventure that teaches them more than they ever imagined about living through those Civil War days.

When Mr. Creech, a ghost-hunter, checks into the campground he tells Phillip, Chucky and Zach that he has a gadget that can zap ghosts back to where they came from. The boys fear for their ghost friend, Corporal Jared Scott. When the four put their heads together they come up with a plan that sends Mr. Creech packing! 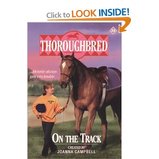 ON THE TRACK
Book #49 in the Thoroughbred series
Ever since Melanie Graham came to live with her cousin Christina Reese, she's had her eye on the track. She wants to be an exercise rider, and maybe one day, a winning jockey. With her aunt Ashleigh's Thoroughbreds. And she loves it. Finally, she's discovered her calling. But Christina is jealous. She's been acting weird ever since Melanie began working with Ashleigh. Melanie desperately wants to continue her training, but is it worth losing her cousin's friendship?
To order visit:  www.amazon.com