1.  ASSIGNMENT:  List the plants and animals a Chincoteague Pony would see in his wetlands home.
Pick one or more to read about, write about, and share with the class.

2.  DISCUSSION:  Share a picture of a Chincoteague Pony and a Cattle Egret and discuss symbiotic relationships in nature and/or in the wetlands. (The photo below is by Jeffrey Gordon. Learn more about his photography at www.jeffreyagordon.com ) 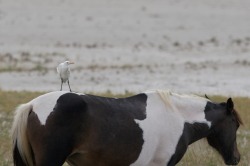 3.  DESIGN:     Design the front page of a newspaper with pictures and articles.  The headline should be about the annual Pony Penning.  Other articles topics could include endangered wetlands wildlife, beach erosion, nature verses an oil spill in the ocean, orphan pony is rescued and other related topics.
Student may print photo-illustrations from the computer, tear from magazines and "real" newspapers or create their own illustrations. 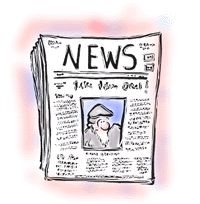 4.  ART:     Have students illustrate a scene from the book.  Instruct them to include important details from a wetlands habitate. 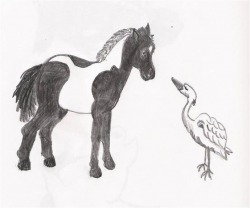 5.  DISCUSSION:  What does a pony feel around him in the water when he crosses the marsh. How do those creatures contribute to the wetlands environment. How do they benefit man?

6.  READ:  Read one or more book with a wetlands setting.  Discuss how the book "Misty  of Chincoteague" by  Marguerite Henry influenced the nation and changed the dynamics on Chincoteague Island forever. 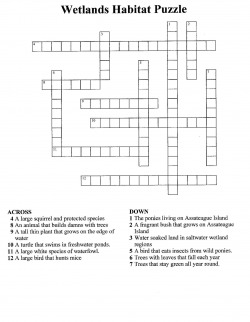 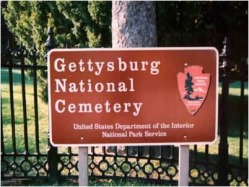 Using "The Gettysburg Ghost Gang"
1.  DISCUSSION:  After reading Book One in the series, ("The Ghost Comes Out") discuss Civil War I.D tags and what they meant to soldiers of the day who did not have access to the "dogtags" of today. 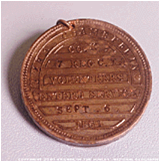 2.  DISCUSSION:  After reading Book Three in the series, ("Nightmare") discuss the real cavalryman, James Bedell and the bond a cavalryman had with his horse. 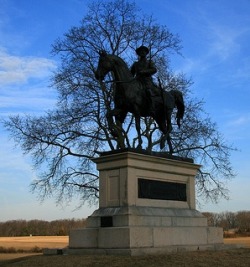 3.  FIELD TRIP:  After reading Book Three in the series, "(Nightmare") find James Bedell's grave marker in the Michigan section of the National Cemetary in Gettysburg, PA. 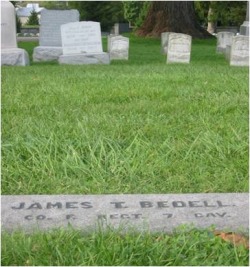 4.  RESEARCH:  After reading Book Three in the series, ("Nightmare") research James Bedell.  Discuss how forensic scientists today are using his skull and other antique skeletal remains to piece together violent deaths of the past.
Read more here: http://www.the-scientist.com/article/display/54574/ 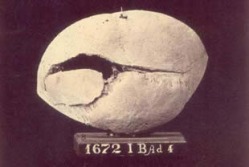 5.  RESEARCH & DISCUSSION:  Share pictures of how Civil War soldiers dress.  Discuss what it was like for the soldiers marching long distances and why they wore or carried certain implements. 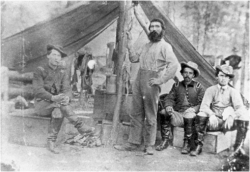 7.  ART & DESIGN:     Have students design a newspaper page based on 1860s news.  They may illustrate their articles or print and paste from computer resources.